Ogab® present their unique downforce generation method for performance and racing vehicles. By utilising Active Flow technology, our novel patented system induces the air from underneath the car to then discharge in to the dead water wake zone at the rear of the vehicle. 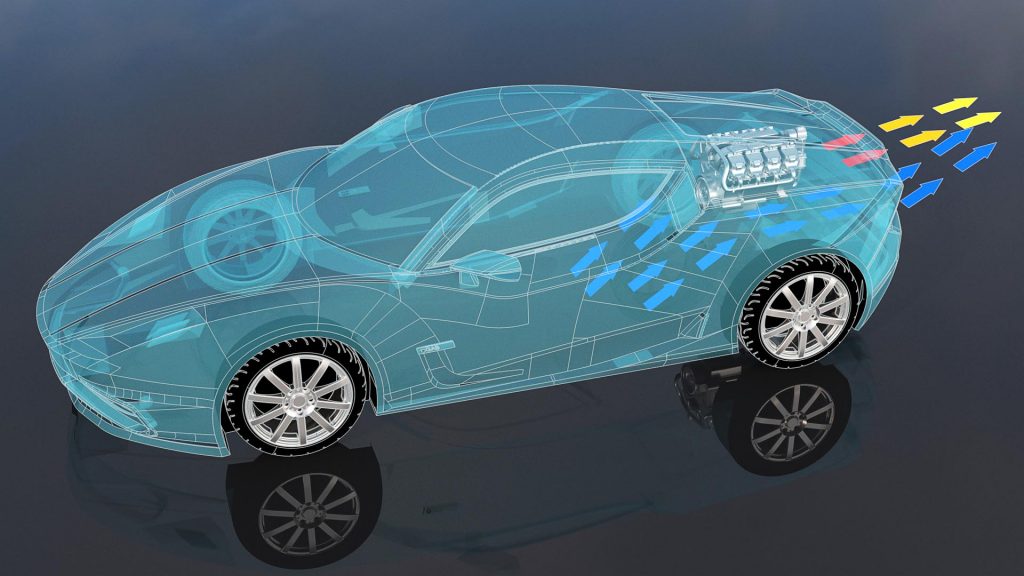 A pioneering system that meets the challenge of generating maximum downforce with minimum drag.

In the racing industry, designing cars for maximum downforce and minimum drag coefficients is a challenging issue. This aim is mainly achieved through the efficient design of the bodywork and wings design which are examples of passive aerodynamic systems. The traditional bodywork elements like wings and canards, rely on the air speed outside of the vehicle to be effective. The higher the vehicle speed the larger the downforce that can be generated. Therefore, such means cannot be as effective as they should around the corners because the vehicle speed is lower to ensure sufficient  grip is achieved. The result of this is that as the car slows down, the air speed slows down as well and makes the wings less effective.

At the same time, it is well-known that the drag coefficient is proportional to the square of the velocity, so the higher the speed the higher the drag coefficient and there exists more resistance against the vehicle. Hence, downforce (grip) and drag are conflicting parameters and adjusting parameters in favour of one of them will adversely affect the other. Often, race car design engineers seek for a compromise between these two parameters while implementing traditional aerodynamic components and techniques.

A Solution to Finding the Perfect Balance

In racing competitions achieving a high downforce coefficient without increasing drag coefficient is vital in order to obtain the fastest lap times. For increasing the downforce coefficient, the cold air from air amplifiers is injected into the active diffuser plenum periphery and then discharges through a specially designed narrow channel to generate the Coanda effect. Such phenomena creates an induced suction effect which drags air from the underside of the vehicle through a channel and through the active diffuser internal void and finally discharges into the dead water wake zone behind the vehicle. 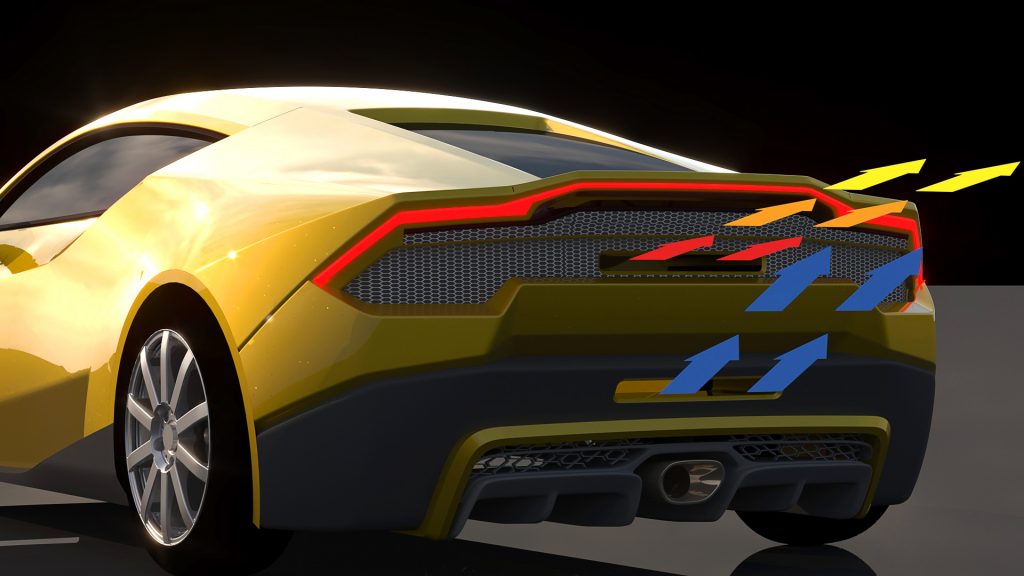 A New Direction for Performance Vehicles

By directing the discharged high density air in to the low pressure, low density region at the back of the vehicle this helps the existing turbulent air that would otherwise create a ‘pulling effect’ dissipate, thus also reducing the effect of drag.

Our research tests have shown that the system is highly effective, leading  to a substantial reduction in drag force and drag coefficient. At the same time, the active diffuser successfully created the vacuum in the underside of the vehicle due to the induced suction effect as a result of Coanda phenomena. This was achieved through injection of cold air in the active diffuser that dragged air from the beneath of race car and discharged it in base region.  Overall, an improvement of 13.44% was achieved in the drag coefficient reduction while downforce coefficient was increased by about 65.27% for the vehicle speed of 200 km/hr. 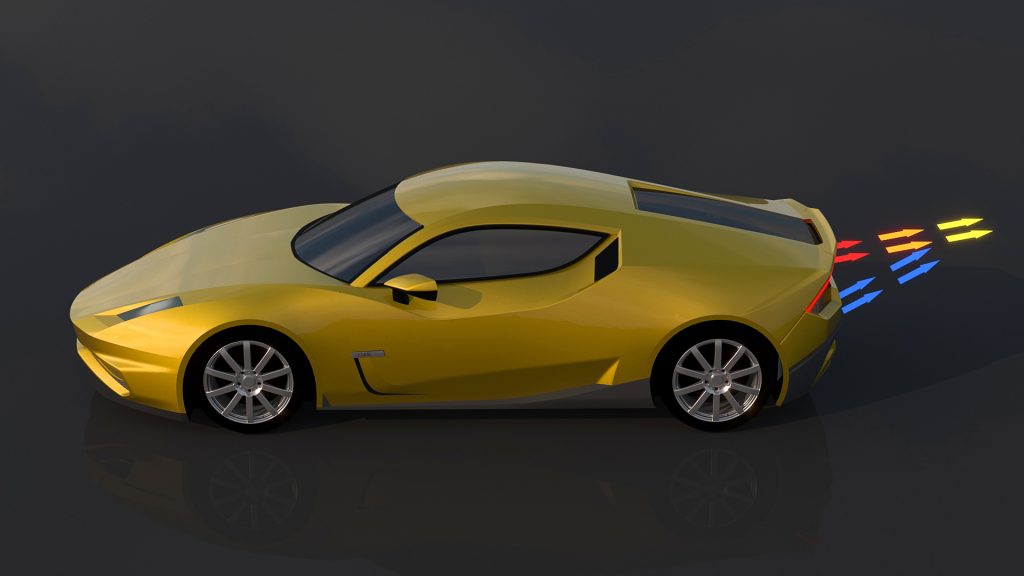 A Breakthrough Innovation in Aerodynamics

Conventional means of increasing downforce in racing competitions is often achieved via addition of extra weight especially in the rear region of vehicle. This will consequently lead to excessive wear and tear in tyres which increases the costs and adversely affect the lap times. Besides, substantial wear and tear result in harmful debris spreading into the environment. However, with our technology the right amount of downforce and at the right time can be generated without any physical means (i.e. additional weights etc.) and only by discharging air from the underside of the car. This flexibility allows the racing teams to create this virtual downforce whenever they want depending on the racing condition and avoid the constant extra load on the vehicle at all times. Our technique eliminates all the drawbacks of conventional methods of increasing downforce by reducing cost, wear and tear, environmental impact and lap time.

Consequently, the aforementioned improvements in the drag and downforce were solely achieved by recovering the wasted exhaust air that is captured by the vehicle’s turbocharger. In other words, the excess air from the turbocharger that is not used in the engine cycle will be recovered for re-use either in drag reduction system or downforce escalation. Since, this technology utilizes the otherwise wasted energy without consuming any fuel, it outperforms other technologies in the market as majority of them require excessive power supply and often their gain is offset by fuel or power consumption.

Get in touch today to find out more about how our Downforce Generation technology can help you.