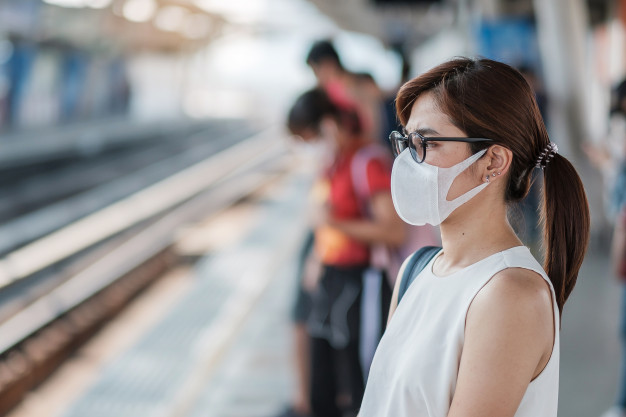 In UK during 2018-19 financial year, passenger rail services consumed 3,976 million kWh of electricity and 469 million litres of diesel. Of the total 15,847 km of route open for trains (31,091 km of tracks) 38% is electrified (ORR, 2019a). So Diesel Multiple Units (DMUs), trains powered with diesel, are used because part of the lines are not electrified.

The key characteristics of this train related to fuel consumption are:

In order to calculate fuel consumption of Class 220, we used the amount of fuel that a train carries in the 4 cars and the maximum distance between each refueling.

With this calculation, a Class 220 Voyager consumes on average 3.85 litres of diesel per mile.

It has to be considered that the consumption is directly dependent on the speed. In Figure 1, it is presented the linear relationship between speed and energy used by trains, so at more speed, more energy used. But also other factors will determine the fuel consumption: train weight, seat capacity, the number of stops during the route. 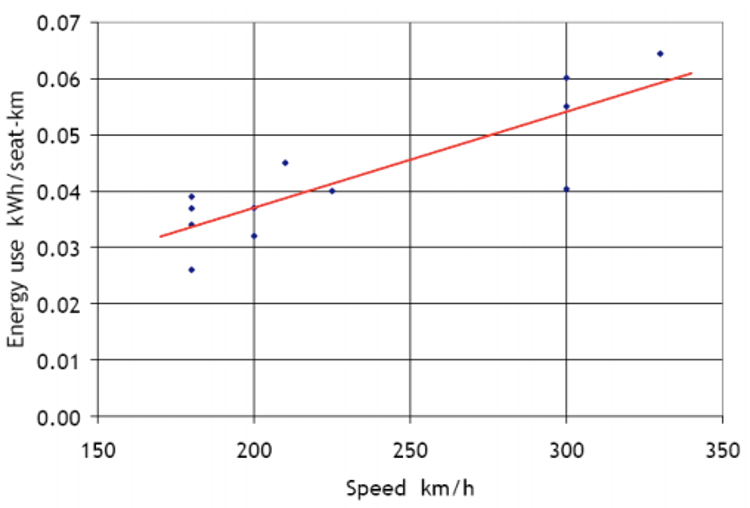 In this section, we analyse the fuel consumption and its impact. The assumptions made, based on data from RSSB, are:

In the next table, the assumed fuel consumption is presented.

The related environmental impacts of current average fuel consumption is presented below.

According to UK Department for Transport, the carbon dioxide emissions per type of routes in UK are:

So, a Class 220 Voyager has a consumption inside the average for trains.

Of all energy consumed by diesel DEMU, 68% is used by the engine to operate the train, 5% to provide auxiliary services to the train, such as ventilation and control, lightning and climatization, but 27% is lost, as it is shown in Figure 2, which means that strategies avoiding energy losses can result in a significant reduction on fuel consumption.

The inclusion of Ogab®’s Advanced TRS® system on the Class 220 Voyager proves to be very effective in reducing the drag coefficient, 22.34%. This means it is possible to create a reduction of 11.17% in fuel consumption.

In this section, the environmental benefits of a 11.17% fuel reduction is analysed.

Considering that a Class 220 Voyager consumes 3.85 litres of diesel per mile, the potential savings are:

This potential fuel consumption reduction can be translated into significant emissions savings. In the following table, the potential environmental benefits are presented:

Environmental impacts saved due to 11.17% fuel reduction in one Class 220 Voyager train.

For further information on the full impacts of fuel consumption view our comprehensive report by clicking below.

Department for Transport (2007) Delivering a Sustainable Railway. Available at: https://assets.publishing.service.gov.uk/government/uploads/system/uploads/attachment_data/file/243207/7176.pdf

RSSB (2007) T618 – Improving the efficiency of traction energy use. Rail Safety and Standards Board